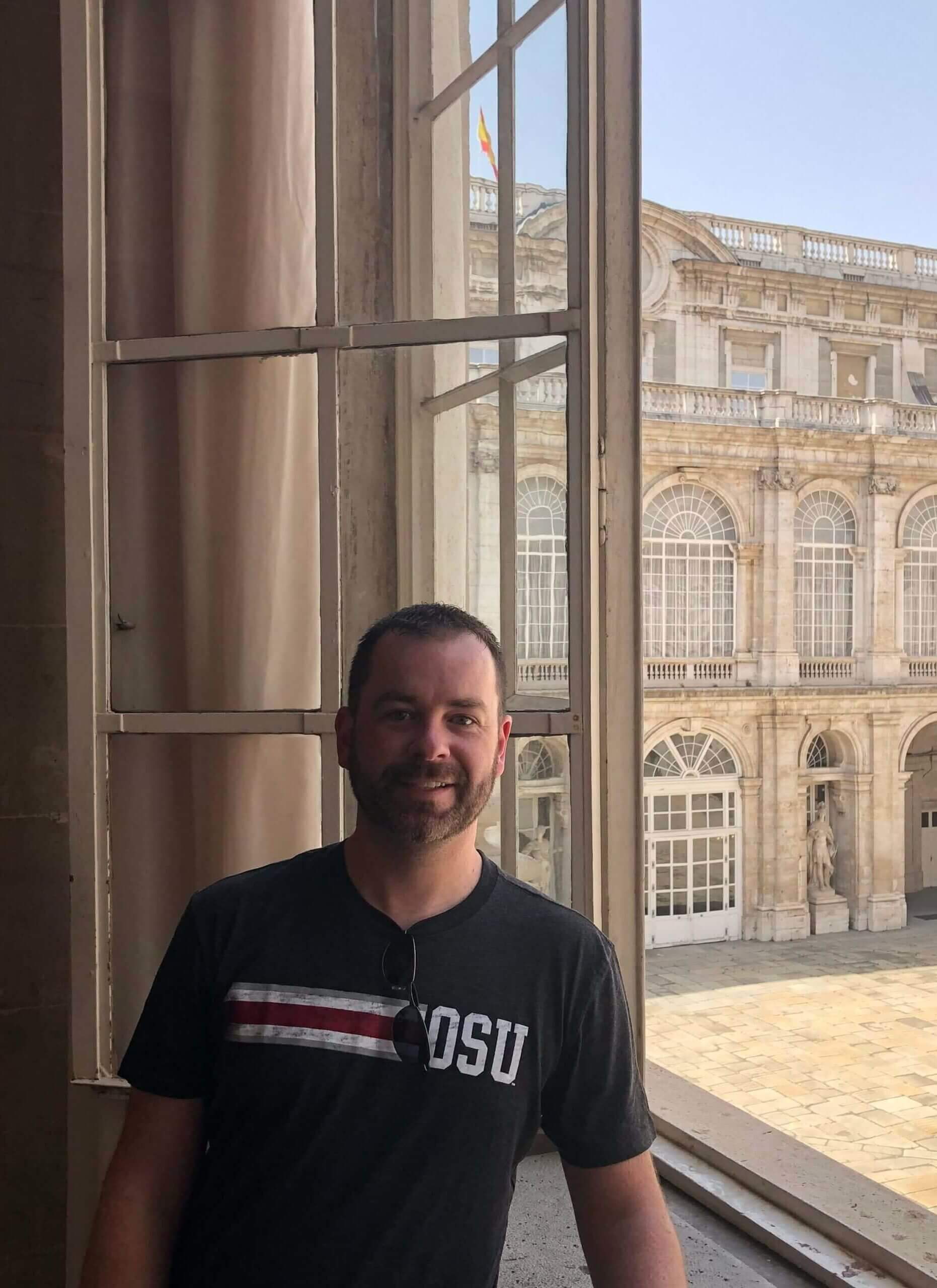 Originally from Zanesville, Ohio, Dr James A. Hackley grew up in a large family of seven.  He graduated with honors as Salutatorian from West Muskingum High School in 1997.   Dr. Hackley then attended Ohio University in Athens, Ohio and graduated with a Bachelor of Science in Biology with a Minor in Chemistry in 2001.  After undergraduate studies, Dr. Hackley worked in quality control as a lab technician at Colgate-Palmolive and Ecolab.  It was during this time that Dr. Hackley realized that he wanted to go back into medicine and healthcare, so he worked as an optometric technician for 5 years at Southwest Eyecare in Grove City, Ohio, while attending The Ohio State University College of Optometry .  During optometry school, Dr. Hackley served at the vice president of his class, worked with the honor code council, and participated in the sports vision club.

After optometry school, Dr. Hackley completed a residency at the Columbus/Chillicothe Veterans Medical Centers specializing in ocular disease, where he presented a continuing education lecture for the Ohio Optometric Association.   Following residency, Dr. Hackley worked at Pearle Vision Polaris, and volunteered for the One Sight Programs that provided free vision exams and spectacles for under-served populations of all ages.   Dr. Hackley is an active member of the American Optometric Association and Ohio Optometric Association. He has worked with the Lion’s Club of Delaware County, Salvation Army of Franklin County, and Faith Mission in Columbus to provide eye exams for underserved populations in the Columbus Metro area.

For the past few years, Dr. Hackley has worked in the Department of Ophthalmology at the Metrohealth Medical Center in greater Cleveland, Ohio.  There he treated and managed ocular disease, as well as prescribed spectacles and contact lenses.

Dr. Hackley is returning to private practice at Optimal Eye Care to be closer to family and to pursue his passion for primary ocular care, contact lens fitting, ocular disease management, and surgical co-management.   In his spare time, Dr. Hackley enjoys landscaping, exploring metro parks with his two springer spaniels, traveling to the beach, and day trips to Cedar Point.